The Best Tanzania Safari 6 days Ngorongoro & Serengeti The Best Tanzania Safari 6 days to Ngorongoro & Serengeti takes you to three of Tanzania's most spectacular attractions in the Northern safari circuit The tour begins with Ngorongoro Crater, which supports a year round resident population of a variety of wildlife. It is an attraction in its own right and is one of the wonders of the natural world. You then head to Serengeti, probably the most famous wildlife sanctuary in the world. Serengeti is a big game haven that also hosts over 3 million large mammals! You then close at Lake Manyara National Park, an ornithologist's paradise that is also famous for the elusive tree-climbing lions. Your stay is in top class accommodation throughout. 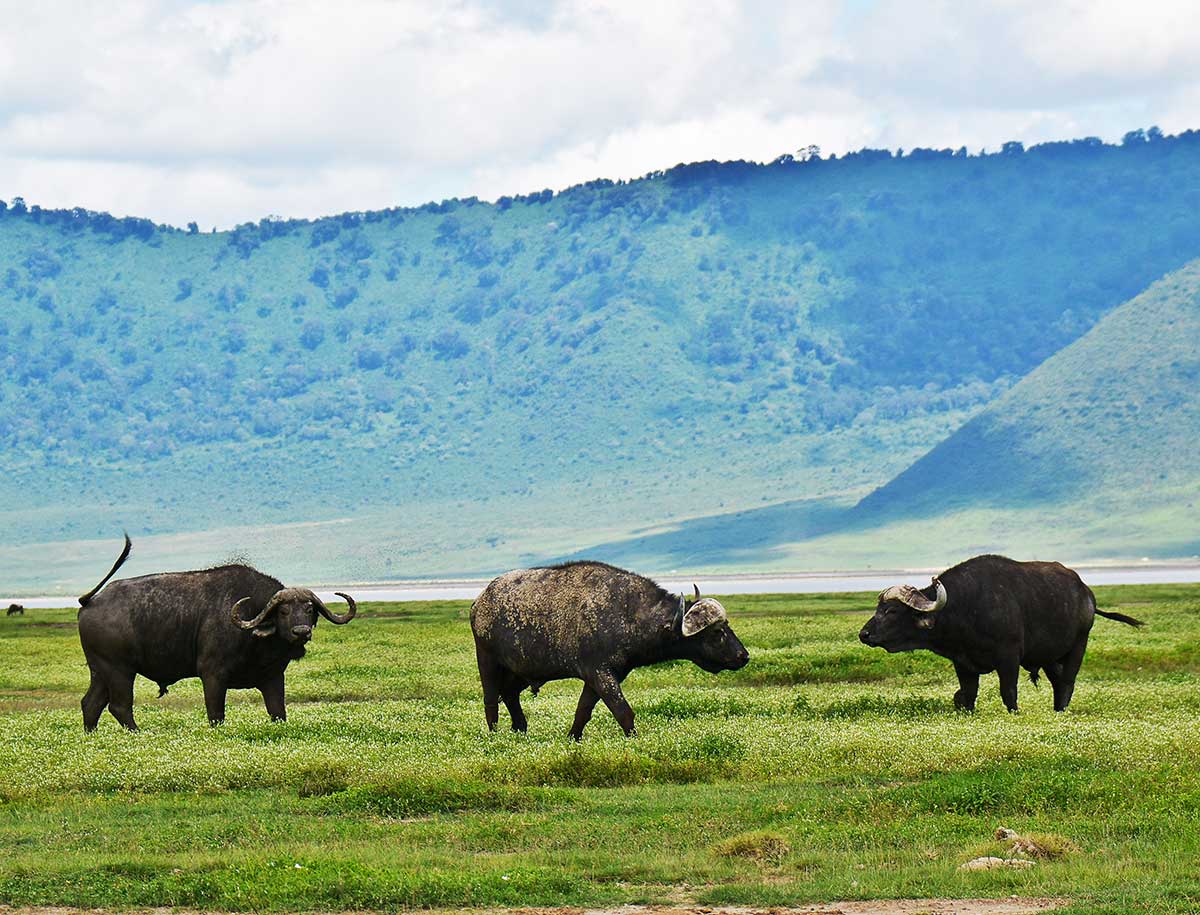 Detailed Tour Itinerary Day I: Arusha - Ngorongoro Conservation on the Crater Rim In the morning at 0830hrs depart Arusha and drive 190km to arrive Ngorongoro Crater Rim, check in your lodge and hot lunch will be served. The lodge sits on the rim of the Ngorongoro Crater from where you get awesome views of the collapsed volcano. The rest of the day spent at leisure, or OPTION walking in the conservation guided by armed ranger guide $ 40 per person, OR visit Maasai Village inside conservation $ 25 per person.

Day 2: Ngorongoro After breakfast you depart for a half day morning tour of the crater at 0800 hrs. The drive commences with the 600 m descent to the crater floor, a magnificent natural amphitheatre. Covering 260 sq. km, the crater is an attraction in its own right and is one of the wonders of the natural world. The crater supports a year round resident population of a variety of wildlife. You will have no trouble spotting lion, elephant, rhino, buffalo and many species of plain animals- wildebeest, zebra, reedbuck, Thompson gazelle and many more. Return to the lodge for lunch. Afternoon for your relaxation at the lodge.

Day 3: Ngorongoro - Serengeti After breakfast, depart at 0800 hrs for Serengeti National Park passing via Olduvai Gorge. Olduvai Gorge is the prehistoric site where Dr. Louis Leakey discovered the remains of Homo habilis (?Handy man?) regarded as mankind?s first step on the path of human evolution. You arrive in time for lunch at 1200 hrs at your lodge.

1500 hrs- you go for an evening game drive in the park. The Serengeti is probably the most famous wildlife sanctuary in the world. Within its 15,000 sq km area it hosts 3 million large mammals. More than 35 species of plain animals- zebra, wildebeest, eland, giraffe, and others are found here. And so for the big five: elephant, lion, buffalo, leopard and rhino. The park is the staging zone for one the most spectacular events in the natural world- the annual migration of wildebeest. This commences around June when over 1 million wildebeest, zebra and gazelle head for the Maasai Mara in Kenya in search of pasture. They are followed closely by the predators of the savanna- lion, cheetah, wild dog, jackal, hyena and vultures. The Serengeti also has over 500 species of birds.

Day 4: Full day in Serengeti National Park You dedicate this day to Serengeti and take a morning and an afternoon game drive.

Day 5: Serengeti - Lake Manyara National Park After breakfast, depart for Lake Manyara National Park to arrive in time for lunch at your lodge. 1500 hrs- you go for an evening game drive in Lake Manyara National Park. The park covers 330 sq. km, 70% of which is occupied by the lake. The varied ecosystem consists of ground water forests, acacia woodland and open grassland along the lakeshore and sustains a wealth of wildlife, including the Big Five -lion, elephant, leopard, rhino and buffalo. The park is famous for the elusive tree-climbing lions that inhabit the woodland between the lake and the Rift Valley. It is also an ornithologists? paradise and is host to over 400 species of birds.

You will spend the night at Lake Manyara Serena Lodge. The lodge is perched on the edge of the Mto Wa Mbu escarpment and has great views of the Great Rift Valley and Lake Manyara itself.

Note: -The above prices are based on a minimum of 2 persons. Group Incentive Safari Prices Available contact us and enjoy up to 25% saving on the per person rate! -Christmas and New Year Supplements $ 45 per person per night on Dec. 24, 25, 26 and 1st January -Tour Rates in US$(Click here to convert rates shown below to major world currencies)